The 5G revolution is coming, and that means it’s time to look for the best 5G stocks to buy to play this revolution.

First, let’s take a step back. What exactly is 5G?

It will usher in a new era of unprecedented internet communications. Relative to 4G, 5G is way faster, with way more network capacity, far lower latency, way more capability, and better spectrum technology. That may sound like a mouthful. If so, just think this: 5G is new wireless technology that will make every internet-connected device faster, allow more devices to be connected to the internet at the same time, and allow all those devices to do more advanced things.

5G is a big deal because, as a world, we’ve essentially “maxed out” 4G technology. We are at full capacity when it comes to how fast our phones can go, how many devices we can connect to the internet, and how many things those devices can do. As such, things like autonomous driving, the Internet-of-Things, and advanced cloud computing cannot reach their full potential until 5G is everywhere.

Accordingly, the widespread deployment of 5G technology over the next few years will have huge economic implications. The coming 5G revolution is expected to equate to $13.2 trillion dollars of global economic output by 2035. That is essentially an entire China’s worth of economic output.

Now that you understand that the 5G revolution will lead to some huge investment opportunities over the next few years, let’s take a deeper look at the best 5G stocks to buy right now:

Perhaps the most obvious of 5G stocks to buy is Verizon, since this is the U.S. wireless provider which will actually deploy 5G technology to end-market and end-devices.

Why pick Verizon over AT&T (NYSE:T) or T-Mobile (NASDAQ:TMUS)? A few reasons.

First, Verizon has forever been the unchallenged leader in this market, offering the highest quality wireless 3G and 4G coverage. It reasons that the company is best positioned to extend that leadership with best-in-market 5G coverage.

Second, T-Mobile has complicated itself with the acquisition of Sprint. While this acquisition has long-term benefits, it also has near-term complications, which may prevent the company from fully capitalizing on its 5G opportunity.

Third, AT&T is burdened by a ton of debt. All of this debt could provide operational and investment challenges over the next few quarters.

Among U.S. wireless providers, Verizon is the best way to play the 5G boom.

A small-cap 5G stock to buy for potentially explosive returns is MACOM Technologies. Investors should look at MACOM as an “infrastructure play” on the 5G boom.

In order for 5G to work effectively, wireless network infrastructure has to change to support 5G tech. This include rejigging base stations with something called “Massive MIMO,” or massive multiple-in, multiple-out architecture. The science here is fairly complex, but in a nutshell, Massive MIMO involves putting a bunch of extra, 5G-enabled RF antennas on each base station to enable better wireless performance without maxing out individual antenna power (faster speeds with more network density).

Who makes the brand-new 5G RF technology which enables these base station infrastructure upgrades? MACOM Technologies.

The small, $1.9 billion developer of RF, microwave, and millimeter wave semiconductor devices and components should see demand for its 5G product portfolio soar over the next few years. As that happens, MACOM’s revenues, profits, and stock price could all roar higher.

Back in the large-cap world, another way to play 5G stocks is through buying Apple.

Apple is the world’s largest and arguably most important smartphone, smartwatch, and tablet maker. 5G coverage will result in breakthrough smart device improvements.

From this perspective, Apple should sell a lot of 5G-capable iPhones, Apple Watches, and iPads over the next few years, starting with its big 5G iPhone launch in late 2020.

Amid this surge in hardware sales, Apple’s software business will boom, too, because smart device software services (like mobile video games, or streaming services) will rapidly improve with better connectivity, resulting in consumers spending more money on those services.

Big picture: Apple’s hardware and software businesses will both grow significantly over the next few years. Amid this big growth, AAPL stock will climb higher.

Next to MACOM, another small-cap stock of the 5G stocks to buy for potentially explosive returns in the early 2020s is Boingo.

Investors should look at Boingo as a company which could help 5G solve its biggest problem: that it doesn’t work well indoors.

That’s a big deal. Americans spend 90% of their day inside, and where 5G coverage is needed to work most – in offices and in homes – it currently doesn’t work all that well.

Insert Boingo. As one of the largest providers of indoor wireless networks in the world, Boingo is expert at using things like distributed antenna systems to optimize indoor wireless reception. Over the next few years, the company will leverage this expertise to help wireless service providers solve the indoor 5G problem.

Indeed, this is already happening. In August of 2019, Verizon announced a partnership with Boingo to build hyper-dense 5G networks which will leverage Boingo’s distributed antenna systems to amplify Verizon’s 5G millimeter waves in Boingo’s venues.

More of these partnerships will roll in over the next few quarters. As they do, they will lay the groundwork for explosive revenue and profit growth over the next few years — the likes of which will push WIFI stock materially higher.

Because chip giant Qualcomm is at the epicenter of all things smartphones, QCOM stock is one of the best 5G stocks to buy right now.

The company makes the chips that power smartphones. They are the best in the world at doing that. Just ask Apple, who tried hard to fight against Qualcomm’s smartphone chip business, but ultimately caved because they realized they couldn’t do a 5G iPhone without them.

Over the next few years, every company out there is going to launch new 5G smartphones and devices. All of these new 5G smartphones and devices are going to need new 5G chips to power them. Qualcomm makes those chips. Demand for Qualcomm products will consequently soar over the next few years, which will push both revenues higher (they will sell more chips) and margins higher (they will sell these chips at more favorable price points). 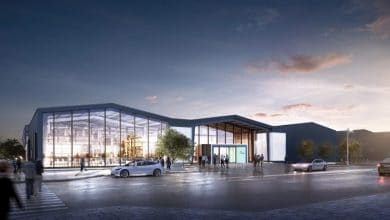 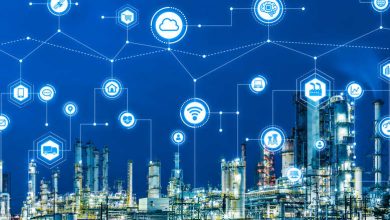