“Breaking a world record has been a childhood dream of mine and it feels amazing,” said Robbert Jan de Veen, creator of the “Golden Boy”.

The world’s most expensive burger was sold on June 28 to Netherlands-based conglomerate Remia International for about US$5,964. Proceeds from the sale was donated to a local food bank.

Dubbed the “Golden Boy”, the burger was the brainchild of Robbert Jan de Veen, the owner of Dutch restaurant De Daltons. In an interview with The National, Veen stated that he wanted to offer his assistance to those hit hardest by the Covid-19 pandemic. As a result of this meal, about 1,000 food packages were bought and distributed to people in need.

Previously, the record for the most expensive burger was set in 2011 by a restaurant in Oregon, USA, and it was estimated to fetch a price close to US$5,000 and weighed approximately 352kg. “That’s definitely not for one person … so I thought I can do better than that… it was really a challenge to create such an expensive dish for a single person,” said Veen.

The entire creation process took Veen more than five months to complete, with multiple rounds of experimentations with various ingredients. And on the day itself, he took almost 9 hours to prepare for it. The final recipe includes the following: Japanese wagyu beef, beluga caviar, Alaskan king crab, white truffle and buns covered in golden foils. The honour of consuming this highly indulgent dish went to the Chairman of the Royal Dutch Food and Beverage Association Rober Willemse.

In comparison to the previous record holder, “Golden Boy” was not as huge and could easily be consumed using just two hands – just like how a normal burger should be but with that extra dose of extravagance thrown in.

Veen’s new record is still under review by the Official World Record Association but in the meantime, the chef is already on the lookout for a potential second buyer of the “Golden Boy”. 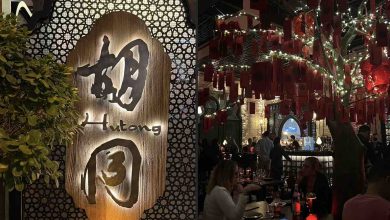 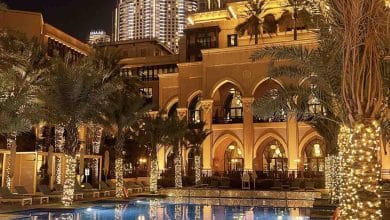