Only 18 First Omega Wrist Chronograph timepieces will be made

When it comes to luxury watches, the marketing ploys are mighty crafty. From ‘vintage-inspired’ pieces where the only connection to the original is a shade of colour on the indices, to ‘limited-edition’ models that are positioned as such only because some PR intern at the head office figured that it was a clever way to heighten desirability, marketing spiels are sprinkled abundantly across the industry.

But Omega is not one to employ such devious tactics. With this First Omega Wrist- Chronograph watch, the brand has hit upon a truly vintage-inspired model that is limited in production for a very good reason.

The vintage connection of the watch isn’t merely cosmetic, but something much deeper. In 1913, Omega made its first chronograph for the wrist. In a wise move, it stored some of those calibres within a secure vault in Switzerland. Now, it’s gone back to that vault and extracted 18 of those movements, reworked them and used them in the watch you see here. 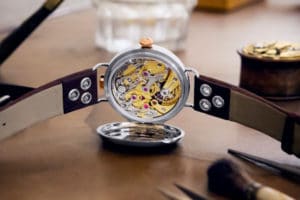 To restore the mechanism, Omega handed over the movements to the team within the Omega Atelier Tourbillion department, a sanctum where master watchmakers work and train on making Omega’s tourbillons.

Cranking up a 105-year-old movement is no easy task. The team had many practical difficulties like the addition of jewelling in the going and chronograph trains.

Unlike today where movements for a particular batch of watches are identical, back in the early 20th century the movements weren’t as precisely cut. Hence, when inserting the jewelling the watchmakers had to account for variations from one calibre to the next. The wheels that were still for morea than a century also needed to be photographed separately and then refined using special tools to get them turning once again.

The movement is large and requires an equally large case – a 47.5mm aviator-style 18k white gold number does the trick. The aviation connection also stems from the fact that during WWI Omega supplied wristwatch chronographs to the Royal Flying Corps most likely using the same chronograph movements it made a few years prior in 1913. 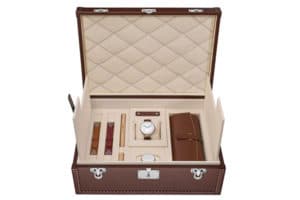 The crown and the 15-minute monopusher chronograph are located at six o’clock and are both made from Sedna gold. Together with the Grand Feu enamel dial, this makes for an excellent dress watch. If you’re still fascinated with the movement instead of the dial, just as we are, you can flip the watch over.

Open the hunter-style case to view the manual-winding 18,000vph movement with a 40-hour power reserve with mirror-polished flanks and black-polished steel parts in plain sight beyond the sapphire caseback.

Now to the limited-edition aspect of the watch. The refurbishment of the movement including the assembly, adjustment and finishing of it is an incredibly time-consuming process and one that requires special tools and materials. This watch is simply limited by the manufacturer’s ability to make it – the most authentic kind of limited edition you can ask for.

Included with the timepiece is a handcrafted leather trunk along with strap-changing tools, extra straps, a loupe and a travel pouch if you want a more practical case to carry around when travelling. 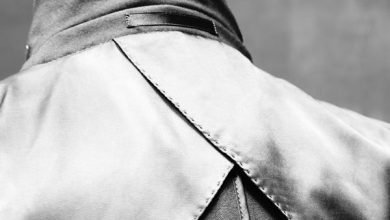 The Row’s inaugural menswear collection is coming to Dubai 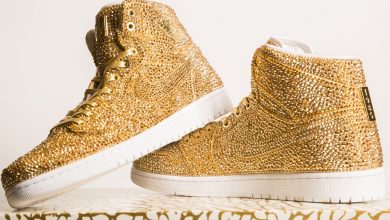 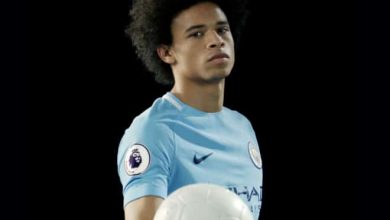 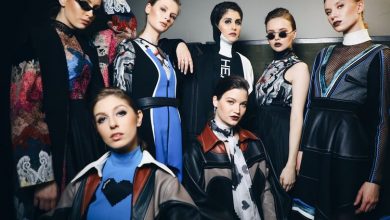