During Ramadan, there will be additional trips throughout the week to cater to demand, the report added.

The railway, which started services in October 2018, currently operates 32 weekly trips between Makkah and Madinah via Jeddah and King Abdullah Economic City of Rabigh.

The line transported more than 118,000 passengers through 310 trips from its launch on October 11 until the end of the year, according to local media reports.

The 450km Haramain line was originally due to open in 2012 but was hit by delays and cost increases. Trial runs of the project were completed in November 2017.

Each train includes 35 passenger cars with a capacity of 417 passengers on two-way trips between Makkah and Madinah.

The ticket rate for the journey between the two passenger stations in Jeddah and Makkah has been priced at SAR40 in the regular class and SAR50 in business class.

The trip between Makkah and Madinah costs SAR150 in regular class and SAR250 in business class.

Travel between Makkah and Madinah takes less than two and a half hours.

The line has five stations — two terminus stations in Makkah and Madinah, and two central stations in Jeddah and Rabigh, and a fifth station at King Abdulaziz International Airport built by the General Authority of Civil Aviation.

The train line is eventually intended to handle 60 million passengers per year. 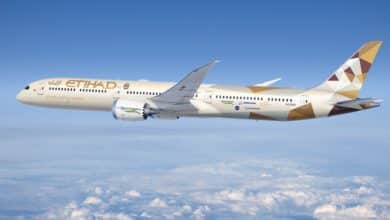 Etihad launches new flights to these Scandinavian cities in 2023…